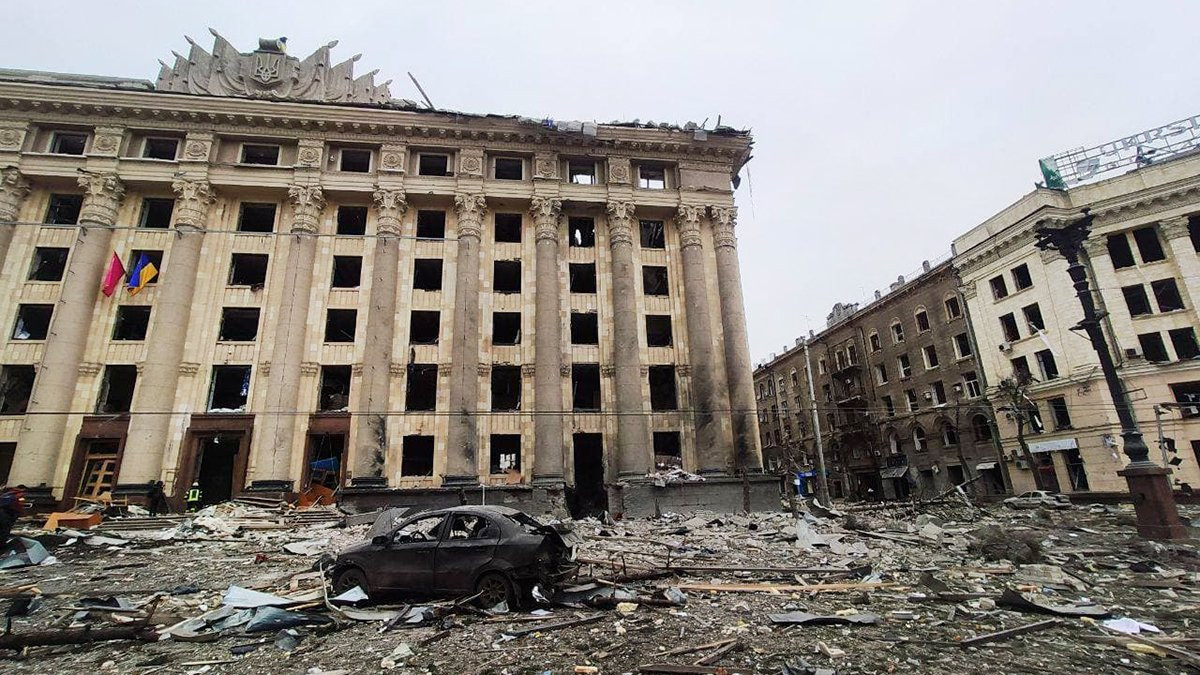 Churches and religious organizations of Ukraine call on the international community to take urgent measures to organize humanitarian corridors for the evacuation of residents from areas occupied by Russian troops and those where active hostilities are taking place.

With this urgent appeal, the Ukrainian Council of Churches and Religious Organizations addressed the United Nations High Commissioner for Refugees, the International Committee of the Red Cross, the European Parliament, other international organizations, and OSCE member countries.

Ukrainian religious figures note that "as a result of military action, shelling of civilian infrastructure and residential buildings, many settlements are on the verge of a humanitarian catastrophe, and in some of them, the infrastructure for the life support of the civilian population has already been completely destroyed." In particular, humanitarian corridors are necessary for the evacuation of residents of Kharkiv, Volnovakha and Mariupol in the Donetsk region, Kyiv region, Chernihiv region, Kherson, and other settlements.

Many people, including women, children, and people with disabilities, are in conditions that pose a risk to their lives due to the lack of water, food, safe housing, and are constantly in danger of artillery attacks and air raids.

At the same time, the Ukrainian Council of Churches emphasizes that in order to avoid military provocations, the evacuation of the civilian population through such humanitarian corridors can be conducted by civilian volunteers and servants of churches and religious organizations.

As we informed, on the first day of Russia's full-scale aggressive invasion of Ukraine, on February 24, the Ukrainian Council of Churches and Religious Organizations appealed “to the religious and political leaders of the world to do everything possible to stop the Russian aggressor's offensive in Ukraine.” 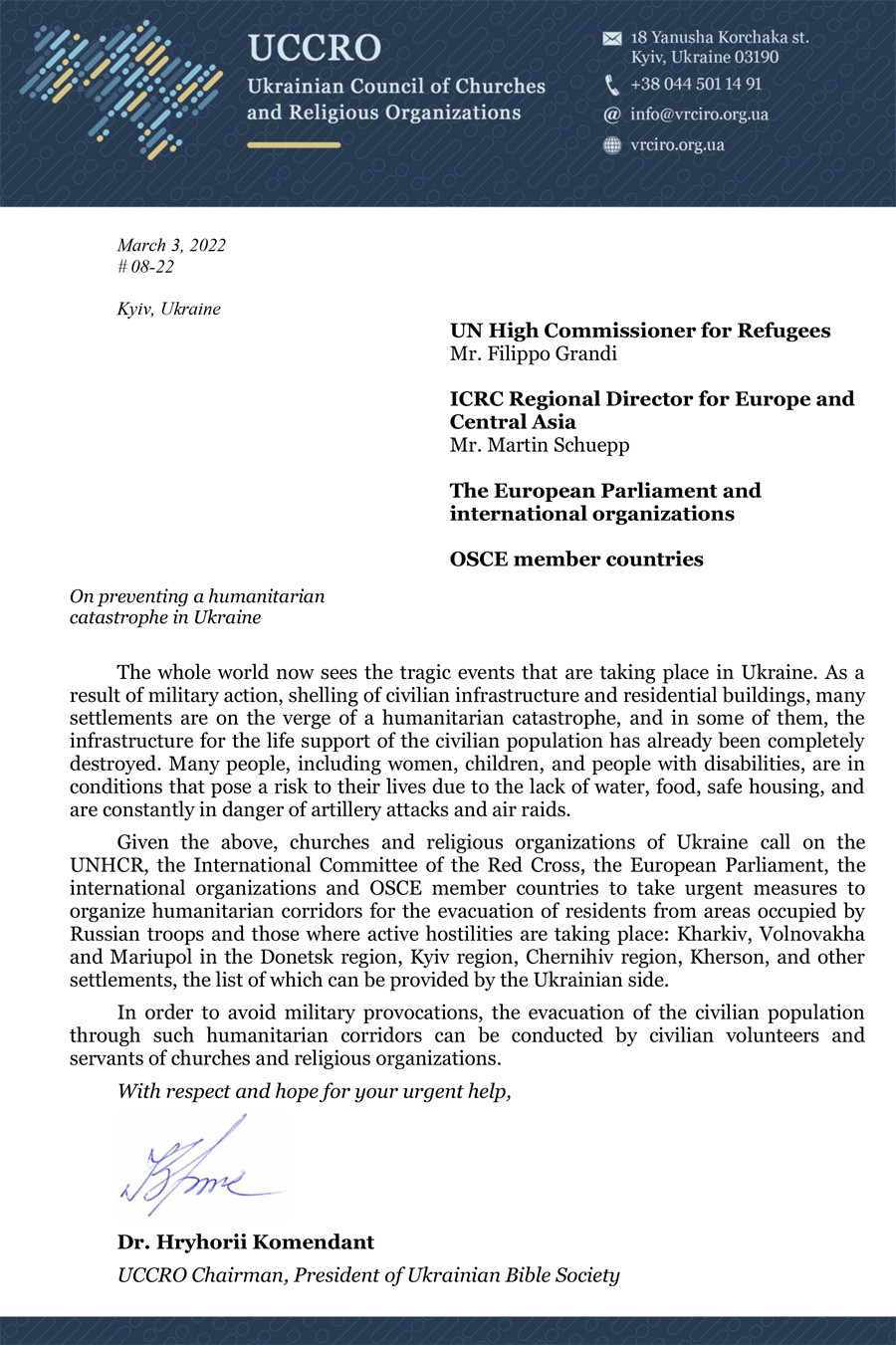